Creating optical illusions is an art in itself. And portraying an optical illusion into an aesthetically pleasing work of art requires a fair bit of sense and sensibility. Expressing your artistic skills through illusions calls for the stroke of genius. Literally.

Look at the man on the horse and find out how artist portray that.

The story behind above pic is along the lines of this having been taken by a Chinese photographer considering Christianity and converting to it having seen this photo developed from one he took of melting snow.

Did you find Jesus in between these lines?

Keep looking, it might take up to a minute, but it’ll look like she’s opened her ghoulish eyes and is staring right at your soul!

The illusion above looks really scary when we see it randomly. Some people see it as a head of a devil while most of the others feel that a woman is standing, what do you see?

Guess how many number of animal are combined together to make this scary effect? The person who made this illusion had placed all the animals in such a beautiful manner that in the end it shows up as a human face.

What do you see when you see this illusion. Some people see ladies and some see face of a devil. There are mixed responses on this and this all depends on what you perceive and what your mind is thinking when you are seeing it.

You might think that there are a lot of skulls in this picture. If you did, you’re wrong! This is actually a bakery, and the breads form skulls. Also, the ‘skull’ in the middle is actually a woman that has a basket with a lot of bread on top of her head. There are also other types of bread  that form other things.

Face Made of Hands

At first sight a layman will think that there are lot of hand there joined together. But if u concentrate a bit you will find that this combination of Hands appears to look like a FACE.

Though this image seems too scary at the first sight but it has a lot of things to reveal. Try to concentrate and count the number of faces shown in this picture.

Do you see the angels in the above picture?

This is an optical illusion which is being made by a very famous artist to create a very scary effect by combining different animal images and placing them to form a human face.

What do you see in this illusion? A girl sitting in front of a mirror and watching herself or a huge skull?

This is an actual picture of the surface of mars taken by viking in 1976.

Is that a Corner House?

First cover the upper half of the picture with your palm, and you’ll automatically assume that the window corner of this building is converx (bulged out). Now try covering the lower half of the photo, and you will see the inner corner of the building (concave this time).

This is a natural mountain which has a shape of a horse face, by just seeing the photograph most of the people think it is a horse face photograph but after careful study of the picture and the surroundings one can determine this optical illusion.

Can you tell, is this picture showing a man playing a saxophone or a lady’s face?

See the construction and just think is it possible? The roads are crossing all over but this don’t seems to be possible in real sense.

If you check carefully you will see that all the things are being sucked inwards. Also on the edges you can feel that its revolving.

When you focus on the center point you will see that the circle is expanding.

Do you find something unusual in this picture? Can you see any human face in this optical illusion? If not just move away from the screen and try focusing on the center portion.

Focus the center of this image and this circle become in motion.

Concentrate on the center of this image and it will become in motion.

Stare at the black dot in the middle. You should see the outer edges of the circle fade away!

Squares A and B are the same colour, check in photoshop/paint.

Check out the picture above which looks like a crocodile but the unusual thing about this picture is that it is painted on a hand.

Painting on a hand giving a look of a real wild life creature.

Look At this picture, it is a painting made on hand. A very artistic work done by the artist.

Look At this picture, its a very nice painting of Elephant on hand.

In this picture you can see a very beautiful painting on hand and looks so real dalmatian dog.

This is again a duck painting on hand. 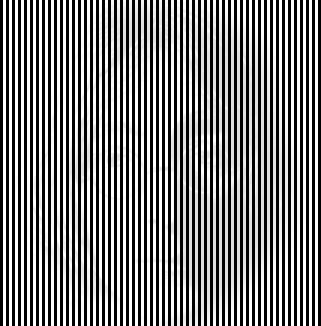 Can you see it? You will find john lennon face in between these lines.

Do you think the lines are not straight? But they are.

Can you believe its static?

Another classic one. A Venezuelan gymnast, Katherine Coronel, is performing her routine during the rhythmic gymnastics competition in Colombia. The routine makes her look headless at least for a moment.

The image above is a static, the beans are NOT moving

All of the lines in this are perfectly straight, even though the image appears to be bulging out of the screen. Check with a ruler!

How many black dots do you see? There are none.

Instrument or Face of Women

See the illusion above and try to figure out what you see in it. Some people will see an instrument but on closer look up you can see a face of a woman in it.

What you can figure out in this picture? Is it simply a design or you can find out two faces. Different people can see different things some might see the faces at first instance while some may take it a bit longer and have to concentrate more.

In this optical illusion we can see a cup which is placed in the center but if we see carefully and concentrate on the bottom of the cup we can see a face of a human. Similarly we can also see faces on the sides and at the back.

Absent of a Mermaid

If you saw only the shadow, you’d thought there is a young couple sitting, and supporting each other’s back . The amazing part is there is no couple, just a pile of garbage.

Is this guy drowning?

Is this guy drowning, or is he safe? It depends on how you see the image, and the way it is rotated. For example, many of you will first presume this guy is drowning and screaming for help, but when the image is rotated (jump inside this article to see the 2nd picture), you will see that he is actually safe.

Find the Man in Coffee Beans

This is bizarre – after you find the guy – it’s so obvious. Once you find him – it’ s embarrassing, and you think, Why didn’t I see him immediately?

The real beauty in this crazy picture is the attention to detail that the artist, Octavio Ocampo took. Try this: squint your eyes a little and you’ll see that the man with the guitar fades away, ad the old man staring into the old woman’s eyes really starts to pop out at you.

Perhaps the scariest part of this illusion is that the younger woman has some really mean sideburns! Look out!

Also, keep looking until you find: the young girl, the tequila bottle, and the giant vase! Quite a crazy optical illusion painting!

How many faces can you see in the above picture?

Do you see a man in between these pillars?